The Right Life outside of the BBC…. brave new world?

It’s hardly Breaking News: there have been countless others who’ve left the BBC over the years, either through their own choice (like me), or for other numerous reasons. But after a brief stint (just shy of 21 years) dedicating myself to its public service and working with a fascinating array of creatives, technologists, strategists and business colleagues, I decided that I wanted to shake things up, un-tie the apron strings, and head out into the World. As Head of Rights Business Development at the Corporation, my role was to lead the strategy and delivery of rights negotiations to deliver new services, products and partnerships. I had a rather schizophrenic existence, always looking both towards the future and backwards in time: from changing framework agreements to deliver the ground-breaking (and still industry-leading) BBC iPlayer – which took many years of challenging negotiations to achieve – to online archive releases such as the BBC4 Collections, the Wildlife Finder with hundreds of natural history extracts, Desert Island Discs and Alistair Cooke’s Letters From America. Plus, of course, the commercial deals for BBC programmes to be sold around the globe with revenue being reinvested in new programming: whether that was to Apple iTunes when it first launched, to more recently delivering the rights to over 10,000 hours of TV programming (new and archive) for the UK public to buy digitally and keep via BBC Store. It was hugely rewarding and interesting work, delivering new services to millions of people. Dull it was not….

Departing the BBC family (which it was) has been a big step. But it has shown me that the experience, skills and knowledge I gained from all the above have proved invaluable and ready to explore the many opportunities out there to help others with their rights strategy, negotiations and management. There is clearly a need for a wider awareness (and simplification if possible) of how rights work. ‘Rights’ is often held up as the main issue or obstacle when delivering a new content service or product. It’s an area viewed by colleagues from other departments as complex, time-consuming, and financially or legally risky (especially if you get it wrong!) so they tend to either run for the hills or glaze over when the detail is explained. Whilst those concerns are all valid, experience has shown that it essentially boils down to establishing a good relationship with the rights owner to ‘strike a deal”. My wise old boss always used to say, “Negotiations break down only when the relationship isn’t there”. There is, more often than not, a pragmatic solution to reaching an agreement where both sides obtain some benefit (to get the ‘Win-Win’ outcome). 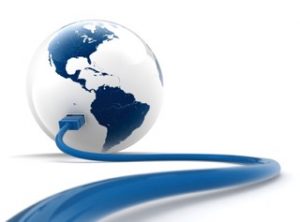 So far, life on the outside has presented a fascinating variety of challenges to work on including: a new SVOD (Subscription Video on Demand) start up; strategy for a proposed Digital Rights Framework for the Arts; a National Archive looking to release more of its holdings online; and a broadcaster from the Far East keen to learn how the UK has such a progressive rights landscape. I’ve also discovered no shortage of ideas to find new methods of exploiting existing archive catalogue, whether that’s Cinegi’s new model for arts cinema screenings (https://cinegi.com), OTT and SVOD platforms springing up to serve the ‘ultra-niche’ audience (gardening or fly fishing channel anyone?), free offerings which then drive another commercial area more strongly, even people starting to think about licensing rights in Space (!). All of them are challenging existing models but clearly dependent upon audio-visual catalogue and rights deals being put in place, and they often create problems and issues to solve outside the existing, well established copyright legislation and licensing models.

And that’s before we start looking at the huge implications of what’s fast coming down the track.

Whether we like it or not (or argue that the BBC has played a small or large part in this), the way we now inhabit our homes, towns and cities, and learn, work and spend our free time, has all been fundamentally altered by the rapid development of increasingly powerful and sophisticated technology over the past few decades. We are also faced with an increasingly uncertain world (in lots of ways), where the population tends to either embrace change and technology, or cling onto certainty and the familiar. Our global tech firms and media organisations fully understand this, aiming to make their products both cutting edge and cosily familiar at the same time, to ship more hardware and increase subscribers. But we should all be aware that very soon (within our lifetime) there is likely to be a tipping point where technology is ‘super intelligent’ with our global tech firms potentially unable to control it.

If that all sounds just a bit too ‘sci-fi’ and unfeasible, only last week I attended a mind-blowing seminar on AI (Artificial Intelligence) hosted by a leading City law firm. There is already in the marketplace the rather cute, wizardly products (for example Amazon’s Alexa/ Echo) from which you can apparently conjure up recipes, play your favourite music at the perfect volume, AND call your mum hands-free whilst you cook dinner (!). Film scripts and music have already been created by AI. But the biggest wake-up call was to learn that, on the current projectile, by the year 2040 machines will be capable of any task completed by a human.

And within weeks (or hours) of that point in time, machines will be super intelligent and exceed human capability. As well as the moral, ethical and regulatory challenges of this happening, there are naturally intellectual property and copyright issues to work through. Who owns the copyright or other IP in works created by the machine? (views differ on this around the globe). Who exactly will be liable if a machine ‘goes rogue’, or infringes third party rights? And if a machine can read and then think for itself to amend data (or is hacked by a more intelligent machine), how is the original (human) rights owner going to be able to challenge such machine ownership?

Life at this current time? In or outside the BBC, dull it is not…

[This article will also be published in the March 2017 edition of ‘ArchiveZones‘: the quarterly magazine of FOCAL INTERNATIONAL – the leading trade association for Commercial Audio-visual Libraries]